Departures are inherent in any vacation ranch. After all, we make our livelihood by welcoming guests to the ranch, helping them have a wonderful holiday, and then bidding them farewell. Since our Colorado Vacation Ranch is seasonal, we end up watching most of our staff depart at the end of each season, as well. It’s always hard to say goodbye, but we comfort ourselves with the knowledge that we’ll see many of our friends again the following year.

A few of us live on the ranch year round. Aaron and Robin Christensen and their four children, Damon and Kiera Gibbons and their new baby girl, and Andy and Sarah Lee and their two children. We’ve become a large “ranch family”, especially during the off-season, when few others are around. 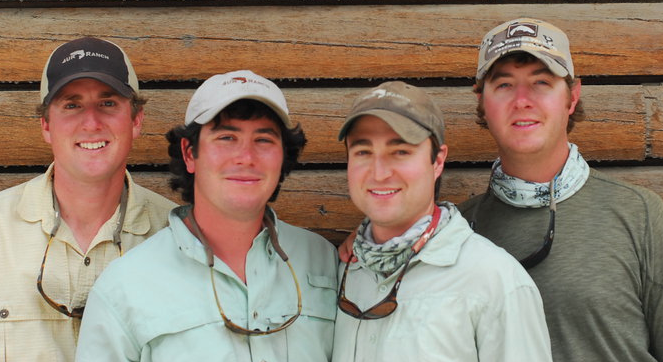 Andy Lee started at 4UR Colorado Family Guest Ranch in 2001 as a member of the waitstaff team. He loved the land and the water, and after spending a great deal of time fishing on his own the following fall, winter, and spring, he returned to us in 2002 as a guide. He was hooked, so to speak. The more he fished, the more he wanted to fish, and eventually he became our Head Fishing Guide. 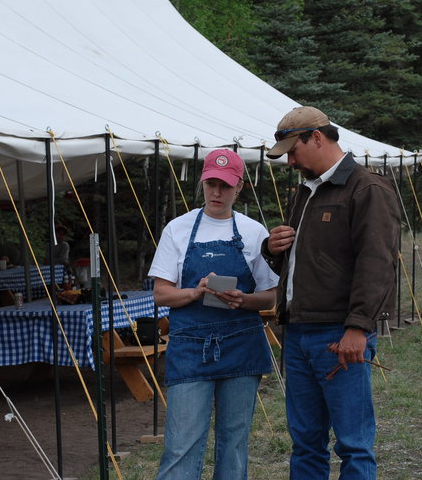 Sarah Lee’s first season at the ranch was the summer of 2002. She has worked on the waitstaff team, the housekeeping team, and as a nanny; in short, she has been invaluable. We have watched their children grow from infancy – Rowe is now 3, and Chapin 1.5.

We are very sad to see them go, but we wish them safe travels and the very best with their move. They’re heading to Henry’s Fork in Idaho, where they’ll be involved in the management of the Lodge. It’s a good move for them, and we’re happy for them, though we will miss them terribly.