Panoramic View of the SFBI Lab 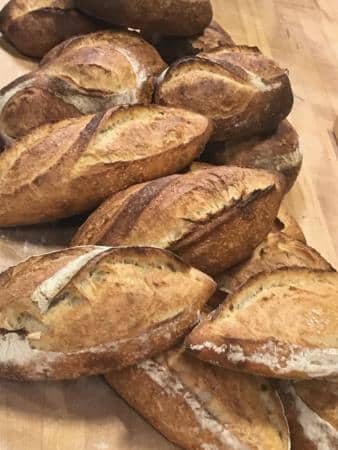 During the off season this year, some of the 4UR kitchen staff spent time in the classroom. Chef Blake and Chef Liz spent a week in California at the San Francisco Baking Institute or SFBI.  Five days of their trip was spent at the SFBI’s Artisan II course where the two took an intricate look at sourdough and the details around it. Time split 50/50 between classroom and lab; areas covered were, style, shape, flavor, and culture.

How Sourdough is Made

The creation of sourdough begins with preparing a culture using yeast and water.  The mixture of flour and water relies on the bacteria and yeast in the air to start the fermentation process.  When the culture is properly fermented and the pH is at appropriate levels, it is called a starter. The starter is then fed using a ratio of starter, water and flour depending on the feeding schedule being followed.   After the final feeding, your starter becomes a levain. Once the levain is ready, a part of it will be saved to begin another starter. The other part of the levain will be incorporated into a dough to make a loaf of bread. 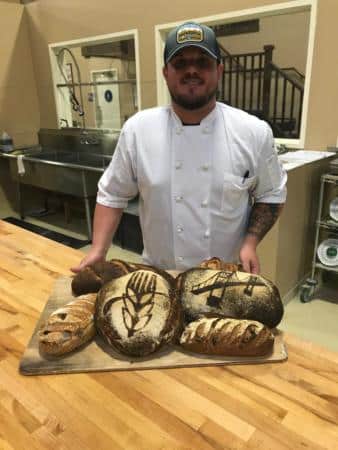 The loaf will be folded, shaped and allowed to rise.  Once the dough has risen sufficiently, it can be baked that day or can be retarded. Retarding the dough means that it will be placed into a fridge overnight; this controls the taste of the bread.  A loaf that has been retarded is more sour and the exterior has blisters on the loaf itself. Furthermore, relief cuts or ears, need to be applied to allow the loaf to expand while baking. Steam is also essential in color of the bread, caramelization, and the overall taste.

When Michel Saus arrived in San Francisco, he was almost out of money from traveling across the country with his girlfriend.  He was full of drive, with a passion for pastries and bread. San Francisco was going through an artisan bread renaissance so he arrived at the right time. He began by consulting local bakeries which led him to a whole network of bakeries seeking his advice. He advised on everything from kitchen layout to the processes of making the bread itself.  Many bakers were spending 18 hours a day at their bakeries so quality of life was lacking. Michel advised and reworked recipes, chemistry and schedules to allow bakers to spend more time at home.  He then realized that there must be many bakeries around the country that can’t afford a professional consultant. To solve this, he founded the San Francisco Baking Institute so he can help reach a wider group of passionate bakers.

The institute offers a 18 month program and has 5 day courses available in different realms of pastries and bread making.  The bread and pastries that are made during class are donated to homeless shelters around the San Francisco area. Michel also operates a bakery that sells a wide array of baked items called Thorough Bakery. 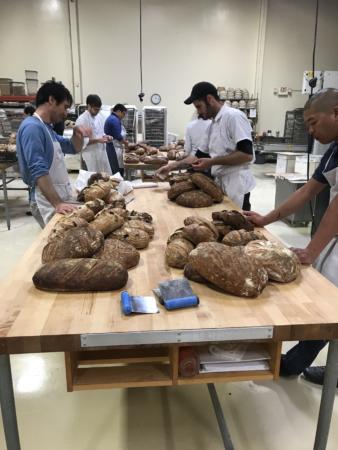 Bread at the 4UR Ranch

This year at the 4UR, fresh baked, artisan bread will be available to our guests.  Sourdough will be made every other day which will allow a variety of  “day of” baked bread and loaves retarded overnight . The dryness of the air at the ranch will provide some challenges with the fermentation process.  Sourdough relies on the natural yeast and bacteria in the air which is less prevalent in the dryer air. Altitude itself affects baking already by impacting how rapidly something will rise while baking, as well as the moisture content.

Another challenge that will confront the kitchen staff is the element of steam used in sourdough baking. The ovens used at the baking institute are designed with a steaming function built in.  The oven that will be used at the 4UR ranch to make the sourdough bread doesn’t have a steaming function. In order to alleviate this issue, a pan will be place in the oven with a weight in it to hold heat. The pan will then be filled with Ice and monitored to control the steam output in order to caramelize, flavor and color the loaf.

There will be several weeks of trial and error to solve any problems or issues that arise at the altitude.  This is a first for Chef Blake and Chef Liz but they are extremely confident in what they have been taught. Furthermore, the combo have repeatedly produced a menu that is fresh, precise and unique. There will be no concerns on our end as to whether they will be able to make a perfect loaf of bread by the time the season rolls around.  We look forward to seeing everyone this summer and are more than excited to hear how our guests receive the new sourdough at the 4UR. 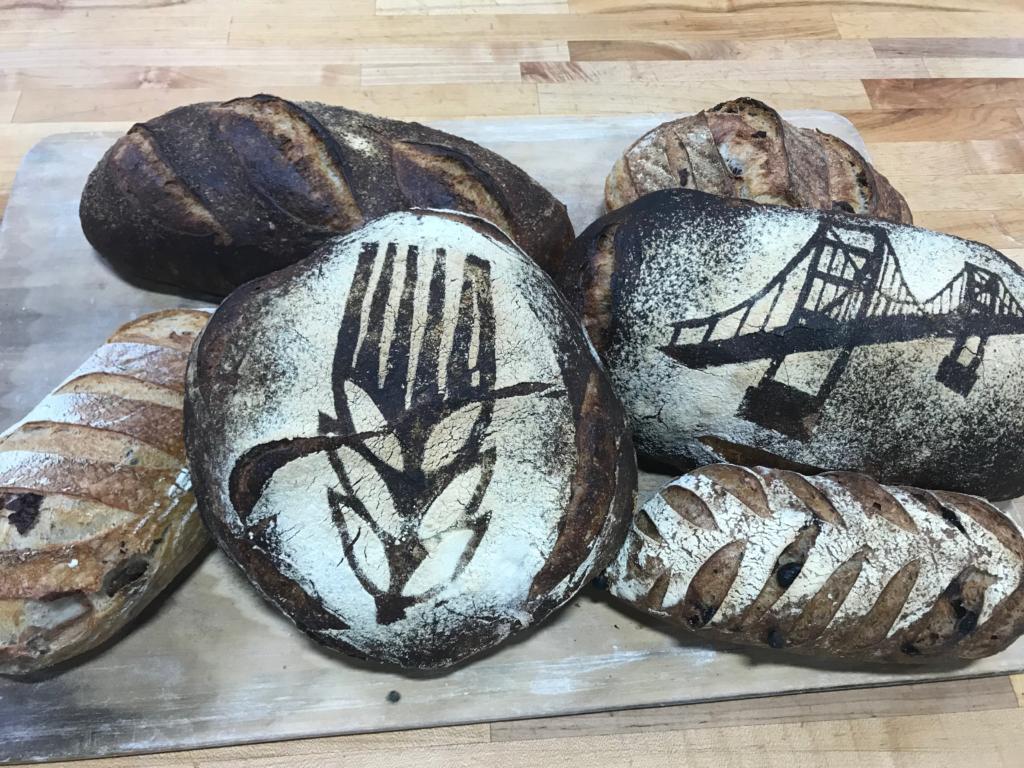 Loaves Made by Chef Blake and Chef Liz

1 thought on “Sourdough at the 4UR Ranch!”