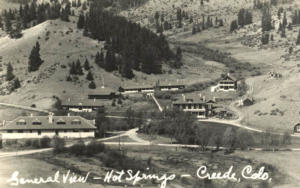 The Upper Rio Grande Valley of Colorado’s southern Rockies was known to the native peoples well before anyone ever considered founding a town called Creede, Colorado here. The Paleo-hunters who discovered the area found it to be a good, summer hunting ground and enjoyed the hot springs in what would one day be called Wagon Wheel Gap. The nomadic Utes gave special significance to the formations in the Wheeler Geologic Area and had known the area for time out of mind when settlers arrived.

A group of these settlers, including Kit Carson’s brother-in-law, Tom Boggs, were farming at Wagon Wheel Gap as early as 1840, spurred on by the discovery of gold in the San Juan Mountains. Prospectors and others were lured to the area by the promise of the wealth of the San Juan’s boom. By the mid–1870s, you even had tourism. 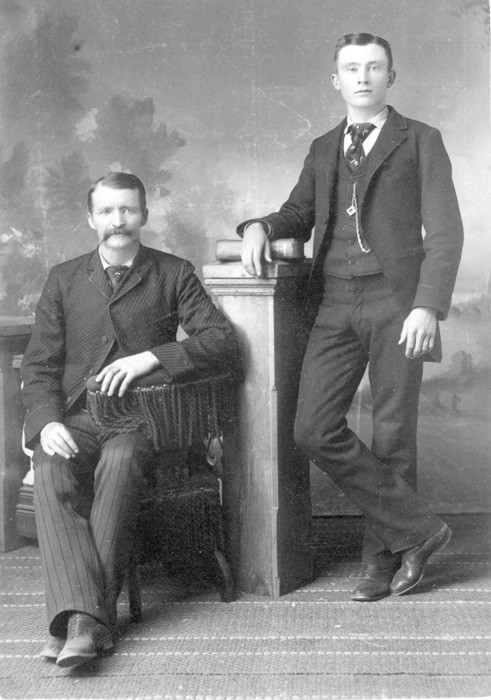 Books and pamphlets enticed Easterners and Europeans to come experience the American West. Again, years before there was a town called Creede, Colordo you could book a room at a hotel in Wagon Wheel Gap.

Then, in 1890, Nicholas Creede discovered a high-grade silver vein in a tributary of the Rio Grande. Within weeks the boom camp’s population swelled to 10,000 – about 9,000 more than there are in all of Mineral County today. By 1892, over a million dollars in silver had been mined, making Colorado a “boom” state once again. The town that sprang up around Nicholas Creede’s find took his name and the rest, as they say, is history.

For over a century, our ranch, originally the Wagon Wheel Gap Hotel, has welcomed visitors to the area. People who come here expect to enjoy a simpler, slower way of life. To get a mountain experience, rich with history and the pure beauty of the natural world.

Soak in hot springs the Ute’s valued for their healing powers, tour the mines that powered the boom, relive the storied history of the American West: time stands still at the 4UR Dude Ranch.