Many folks who have stayed at our Creede CO Dude Ranch have had the pleasure of seeing a show at the award-winning Creede Repertory Theatre. It’s a wonderful addition to a Family Ranch Vacation. Spend the day  exploring mountain trails on horseback or fly fishing on Goose Creek, then head into Creede for an evening of unparalleled entertainment. What could be better?

Each year, the Creede Repertory Theatre draws actors from all over the country to the small town of Creede. They perform a number of different shows during the season – this year it will be six – from serious plays to mad-cap musicals. Thousands of people now travel to Creede, Colorado, specifically to go to the theatre.

A couple of years ago, expansion of the theatre was deemed necessary. Construction of the Creede Repertory Theatre’s new Second Stage Theatre is underway; once completed it will replace the current Black Box space (on the third floor), and enable more than one performance to take place at a time. In addition, the Second Stage will be used by the greater community of Creede, Colorado, for workshops and the like. 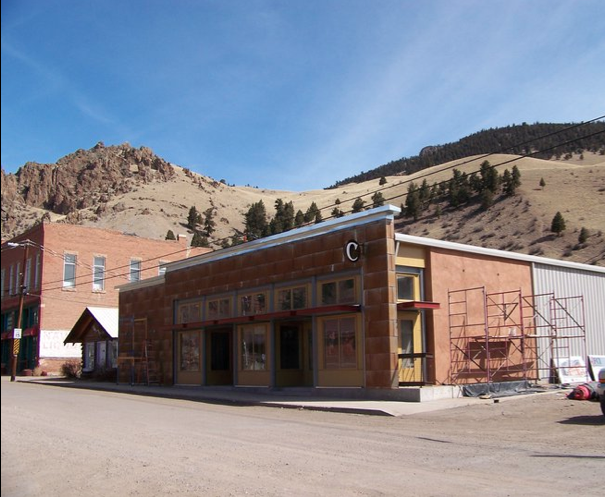 The new Second Stage Theatre at the Creede Repertory Theatre.

This is an exciting time for our local theatre, and we couldn’t be more pleased. Although we live in a small community in the Southern Colorado Rockies, each summer we are treated to some of the finest theatrical performances in the country. CRT has won numerous awards over the years; in 2010 it won the Denver Post Reader’s Choice Award for Best Year by a Company for the fifth consecutive year. It is considered on par with the Steppenwolf Theatre in Chicago, The American Repertory Theatre in Cambridge, and the Old Globe Theatre in San Diego. Not bad for a town with a population of approximately 500!

If you’re planning to spend a week at our Creede Colorado Dude Ranch this summer, we hope you’ll check out the 2011 season at the Creede Repertory Theatre.